USE CODE GOODBYESUMMER for 10% off when you buy 4 or more CBD bath bombs!

No products in the cart.

Home » CBG vs. CBD vs. CBN vs. CBC: Your Ultimate Guide on Hemp-Derived Cannabinoids

CBG vs. CBD vs. CBN vs. CBC: Your Ultimate Guide on Hemp-Derived Cannabinoids 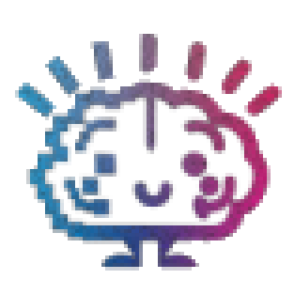 Since CBD first came onto the scene, people around the world have been eager to try it. With multiple studies confirming its safety profile and therapeutic benefits, it’s hard not to want in on the stress reducing, pain relieving action.

In fact, there are over 100 naturally occurring cannabinoids found within the cannabis plant, and several of them offer tremendous, non-intoxicating health benefits.

What’s more, these hemp-derived cannabinoids can actually increase the therapeutic effects of CBD when they’re combined together.

However, most people have only heard of these cannabinoids in passing.

That’s why we want to lift the curtain and reveal to the public just how beneficial these hemp constituents are for the human body.

Cannabigerol, or CBG, is the cannabinoid most easily derived from Cannabigerolic acid (CBGA), which is known as the “mother of all cannabinoids.” This is because it serves as a precursor to most, if not all, cannabinoids.

For this reason, CBG is only detected in low amounts within the hemp plant. It’s so busy parenting the other cannabinoids, that it slowly fades into the background.

Thankfully, because CBGA converts so easily into CBG, cultivators have developed ways to breed strains of hemp that contain higher amounts of CBG.

According to a 2008 review, scientists noted that CBG not only has a strong ability to relax muscle spasms, but it also proved to be more effective than THC in addressing pain and inflammation. What’s more, in 2018, researchers further explored CBG’s ability to address inflammatory pain.

While they can’t conclusively state that CBG treats these negative symptoms, this review indicates that the scientific community has taken note of CBG’s therapeutic properties and will continue to research its medicinal abilities.

Again, no conclusive statements have been made, but certain studies have convinced scientists to further their investigation regarding CBG’s antibacterial properties.

While the research surrounding CBG is somewhat limited, there is evidence that suggests CBG may actually be more effective for people who don’t necessarily respond to CBD as well.

In fact, in that same 2008 review, researchers found CBG to be more therapeutic than CBD and THC. This is because CBG interacts with our Endocannabinoid System (ECS) a little differently than other cannabinoids.

However, the real take away from CBG is that it can actually enhance CBD’s therapeutic benefits.

Cannabinol, or CBN, was actually the first cannabinoid isolated by scientists. In fact, according to research, when THC is exposed to heat or oxygen, it slowly converts into CBN.

But CBN doesn’t get its users high like THC, but rather gives them more of a “body high”.

Scientists’ main focus with CBN has been shown to help prolong sleep cycles in animal studies.

Scientists have also found that CBN was able to delay the onset of certain neurodegenerative diseases, like Amyotrophic Lateral Sclerosis (ALS). More studies are needed to back these claims, but the results of this study are intriguing.

Finally, according to Steep Hill, CBN is similar to Delta-9 THC in that it’s been shown to reduce intraocular pressure in the eye.

Because CBN has been studied for its sleep-inducing effects, it’s thought that CBN may actually be more effective than CBD regarding sleep cycles.

However, some people report having better sleep when CBN and CBD are combined.

Until recently, Cannabichromene, or CBC, has been eclipsed by other cannabinoids like CBD, CBG, and THC.

Not only is it one of the most abundant, naturally occurring cannabinoids found within the cannabis plant, it’s also non-psychoactive and holds tremendous medicinal value.

According to one study, scientists first discovered CBC’s therapeutic properties when investigating how cannabinoids can address tumor size and the progression of cancer.

Scientists are also exploring CBC’s ability to bind with certain receptor cells within our ECS. These receptors not only help regulate our perception of pain, but they modulate our inflammatory response as well.

CBD and CBC have several similarities. However, based on research it seems that CBC may hold stronger anti-inflammatory properties than CBD.

Nevertheless, combining these two cannabinoids may help increase their therapeutic value as a whole.

Cannabis is a highly complex plant, and with over 100 identified cannabinoids, it’s easy to feel overwhelmed when a new cannabinoid hits the market.

Here at Alki, we understand that the more knowledge you have about hemp-derived cannabinoids and their properties, the better equipped you are to find the right product that fits your health needs.

We also recommend you only purchase from reputable companies that thoroughly test their products before they hit the market.

For all other information regarding our natural self-care products, check out our uniquely formulated, highly therapeutic CBD balms today.

As always, feel free to reach out to us if you have any questions. We’d love to hear from you!

Stress comes in all shapes and sizes, and it can

If you’ve ever asked the question, “Where did bath bombs

Corn Starch: Corn starch manages the fizzing reaction of the ingredients; so if you drop your bath bomb in the water, it will not “explode”!

Sunflower Oil: Sunflower oil is a non-comedogenic carrier oil which is highly absorbent. In short: sunflower oil won’t clog your pores. Additionally, it is non-irritating for most people and can be used on all skin types.

Water: What scientists refer to as H20.

Aromatherapy Oils: Aromatherapy is simply the combination of essential oils for therapeutic benefit. When inhaled, the molecules in essential oils work their way from the olfactory nerves directly to the brain and can positively impact the amygdala, which is the emotional center of the brain.

Mica Powder: The biggest benefit of mica is its ability to create a natural shimmery finish, since it can be milled to a fine powder. It is naturally produced and safe to use on almost all skin types.

Polysorbate 80: A vegetable-sourced emulsifier that is skin-safe. Polysorbate 80 helps ingredients mix throughout the water instead of separating, which will make your bath bomb experience even better!